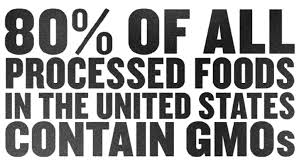 CHANGING THE NATURE OF NATURE What You Need to Know to Protect Yourself, Your Family, and Our Planet Outline based on this book written, by Martin Teitel, Ph.D., and Kimberly A Wilson

I. The Agriculture that produces our food is vital for all human life

A. the nutritional value and safety of our agriculture is the basis for our health.

B. Food is very important to God.

1. Many of the Feasts of the Lord are associated with food and with the harvesting of food

2. In Acts Chapter 15:19-20 Apostles had a Council in Jerusalem to determine what Hebrew Laws (called the Laws of Moses) the Gentiles had to keep upon their conversion to Yeshua. a.

3. of the 4 DETERMINED AS NECESSARY, HAD TO DO WITH FOOD!! b. ACTS 15:19-20 19 Wherefore my sentence is, that we trouble not them, which from among the Gentiles are turned to God: 20 But that we write unto them, that they abstain from pollutions of idols, and from fornication, and from things strangled, and from blood.

C. I Corinthians 6:19-20 19 What? know ye not that your body is the temple of the Holy Ghost which is in you, which ye have of God, and ye are not your own? 20 For ye are bought with a price: therefore glorify God in your body, and in your spirit, which are God’s. D. Food is the basis of spiritual rituals to most religions of the world

1. Food has communal, social, personal and spiritual importance to human life in all cultures

2. (I believe) that’s why the enemy of the soul of man works so hard to defile it

3.Many religions incorporate food into their worship

4. Our deepest and even most essential connection to the food that sustains all of humanity is threatened by the conversion of food- from an intricate plant/culture system to a cold-blooded profit center-

a. the transformation of what we love and are nourished by – into a product line engineered to maximize revenue -at all costs 1.a. It may cost us our health and our blessings from God

b. Besides the obvious health issues- bio-engineered food is a challenge to our spiritual, moral and religious lives. (SEE SHEET ON GENESIS ORIGiN STORY)

II. How does Bio-genetic Engineering Work?

A. A gene, (piece of DNA) from one source is isolated, removed and then “pasted” into the DNA of another target. Example scientists are taking the DNA of a fish and inserting it into a tomato’s DNA

B. The process involves the insertion of a package of material: the foreign genes themselves, and a vector to carry them.

1. This is due to the protective barrier of the target organism. (God designed)

2. Scientists use viruses to invade the target

a. Bio-techs attach a piece of DNA to a viral vector and then insert the virus (vector) into the recipient organism, so it can infect that organism, thus delivering the new DNA fragment into the DNA of the target organism.

b. Because this process of “cutting and pasting” at a submicroscopic level can be difficult to keep track of, scientists often “mark the vectors” with anti-biotic-resistant genes so that normal cells can be distinguished from genetically engineered cells.

c. The cells are covered with antibiotics and those cells that have successfully incorporated the foreign DNA and the resistance genes from the vector grow, while those that haven’t been modified die.

d. There is increasing controversy- the use of viral vectors sometimes called promoters are lengths of genetic material found in all genes: it is the promoter that enables a gene to “express itself”, or to actually make the protein that it is capable of making.

e. Most often used is the cauliflower mosaic virus CaMV

1. Could activate dormant viruses in the target host

2. Could combine with viruses already present in the target host

3. Since they are now anti-biotic resistant, abnormal results may not be able to be determined or controlled

4. Very little research by independent scientists is being done

a. What research has occurred has scientists citing a physical similarity between CaMV and the HIV virus.

b. An example of an especially disastrous viral combination and appears to be theoretically possible

IV. Food Labels in the U.S.

A. NO REQUIREMENT IN THE UNITED STATES TO LABEL GMO FOODS

1. Can not tell just by looking at the food

2. worse news- many of the growers and brand names we have come to trust for providing us with fresh quality produce are now co-owned by Monsanto, DuPont, & Dow

a. These mega companies have spent billions of dollars buying up as many seed companies as possible to sell their genetically engineered seeds

b. Seed companies continue business as usual- only NOW they are selling Gen-Seeds.

3. In the U.S. genetically engineered crops have not been segregated from the normal ones so food producers are not positive one way or the other

C. Because of the financially disastrous failure of the Flavr Savr Tomato in 1994, manufacturers aren’t risking their market by informing the public about their GMO foods

1. labeling is totally voluntary in the U.S.

2. Monsanto is playing both sides of the street, producing chemicals that kill plants and plants that resist being killed by chemicals.

1a. these crops are called Roundup Ready (Roundup is quite toxic affecting the soil and water, and also the habitat for wildlife as it kills everything except genetically engineered foods.)

2b. Although Environmental Defense and Al Gore have portrayed glyphosate- the active ingredient in Roundup as safer than other herbicides it is the 3rd most common cause of illness among agriculture workers in California.

V. What are they trying to produce?

A. Herbicide tolerant plants- designed to survive sprayings of weed killers. Just like every other industry in the world, agriculture is attempting to eliminate the need for workers. Using chemicals is their answer.

1. Monsanto came up with “The Innovator Canola” however, the seeds did not produce consistently and an unexpected gene showed up.

1. Genes from an arctic fish that code for an antifreeze protein have been integrated into tomatoes in an attempt to confer resistance to frost. Believe that frost-resistant tomatoes could retain their texture after being frozen.

2. Another attempt was the ice-minus bacterium. First genetically modified organisms to be released into the agricultural ecosystem.

a. Ice requires a regularly shaped surface on which to crystallize

b. Lindow (@ Berkeley Univ. spliced out the gene responsible for giving the bacterium Pseudomonas syringae a regular surface. This “ice-minus” bacterium was sprayed on strawberries. It worked preventing ice from forming on the plants and avoiding frost damage.

1a. While these transgenic frost-resistant organisms continue to be produced and used, serious concerns remain regarding the ecological consequences of dispersing transgenes into the environment.. If they grow rampantly, they could disrupt ice formation where not sprayed…A lab created bacterium which prevents ice formation from occurring…

C. Pesticide resistant plants. Bt or Bacillus thuringiensis is a bacterium whose proteins are an insecticide. (Caterpillars, beetles and fly larvae are targeted.) Non-targeted insects could be affected by natural ways and means of nature’s processes.

1. Initially only sprayed on the plants, now scientists are engineering plants to grow with the gene in them.

2. Approved by the EPA in 1995, Monsanto’s New leaf potato was released to market. (EPA does not regulate food products, however since this food product contains a genetically engineered pesticide within it, it is regulated.) A $250 million dollar market called the biopesticide market.

3. New generations of Bt crops and sprays are being developed in anticipation of the decreasing efficiency of Bt due to insect development of resistance. a. Aventis’s brand of Bt corn, called StarLink uses a different Bt protein that will retain its efficacy in a transgenic crop system that is inundated solely with Cry1A toxins, (the usual Bt toxin) where resistance might develop.

4. Val Giddings, vice president of the Food and Agricultural Division of the Biotechnology Industry Organization, calls concerns about pest resistance “bogus,” claiming that technology will keep “well ahead of evolution of insect resistance for 100 years or more.

a. Given the fact that the entire international medical community has been unable to stay ahead of anti-biotic resistant organisms, that seems unlikely (In Sept. of 2000, it was discovered that StarLink corn had been intermixed with the human food supply, even though this was only approved for animal feed because of its potential for causing allergic reactions in people. While initially thought to be confined to one company’s taco shells, StarLink corn soon turned up in hundreds of food products on U.S. grocery shelves. Our food-distribution system simply doesn’t have the safeguards in place to protect us.

D. THE TERMINATOR is a technique in which genetically altered plants are programmed to kill their own seeds. (More than 1.4 billion farmers around the globe rely on saved seed. The terminator seeds forces them to have to buy more seeds each crop season. This creates the dependence on big seed companies they want.

1. Developed by The USDA and Delta& Pine Land Patent #5,723,765. There are now more than 30 terminator patents held by every major player in the agriculture field.

2. Outraged that public resources and money were used to develop this technology which so blatantly serves private interests, more than 7,000 people have written to the USDA in opposition.

a. sterile seed pollen can drift from field to field, carried by the wind or insects, rendering nearby crops sterile. In may of 1999, New Hampshire became 1st state to ban the use of terminator technology E. rBGH or recombinant Bovine Growth Hormone or rBST- recombinant Bovine Somatotropin is a gen. eng. Hormone that tricks a cow’s body into producing more milk than it otherwise would. (Developed by Monsanto)

1. Milk from cows treated with rBGH has been know to be contaminated with pus from udder infections, with antibiotics administered to stem those infections and with high levels of insulin-like growth factor (IGF-1), which has been liked to human breast and gastrointestinal cancers. (IGF-1 is a hormone protein that is present in humans and helps cells divide. Of course, high levels of cell division and growth are undesirable.) a. the high levels of IGF-1 found in milk from rBGH cows shows that more precautions should have been taken before permitting the release of this substance into the food supply.

b. Former FDA employee Dr. Richard Burroughs was fired after ordering toxicology and immunology tests on rBGH.. He had this to say, “I was told that I was slowing down the approval process. It used to be that we had a review process at the FDA. Now we have an approval process. I don’t think the FDA is doing good honest reviews anymore. They’ve become an extension of the drug industry.”

VI. Dangers of the technology (obviously only a partial list and the effects can multiply exponentially)

A. Gene Jumping =Genes do not necessarily remain in organisms, they can flow through natural cross-pollenization to related organisms, or move between unrelated organisms using viruses and some bacteria as vectors. This process is known as horizontal gene transfer. (Super weeds can result with herbicide resistance, pesticide resistance or viruses in them) -Scientists that are creating new species of plants are endangering the planet PERIOD.

1. The use of antibiotics in bio tech plants can create resistance to these antibiotics in animals and humans.(also to bacteria they encounter in the human digestive system)