MSG –and its other names–Danger! 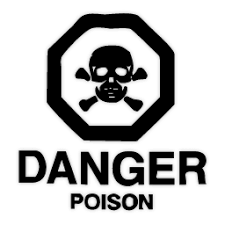 Everyone knows that some people get reactions after eating the food ingredient monosodium glutamate –reactions that include migraine headaches, upset stomach, fuzzy thinking, diarrhea, heart irregularities, asthma, and/or mood swings. What many don’t know, is that more than 40 different ingredients contain the chemical in monosodium glutamate (processed free glutamic acid) that causes these reactions. The following list of ingredients that contain processed free glutamic acid has been compiled over the last 20 years from consumers’ reports of adverse reactions and information provided by manufacturers and food technologists.

Any “flavors” or “flavoring”

The following are ingredients suspected of containing or creating sufficient processed free glutamic acid to serve as MSG-reaction triggers in HIGHLY SENSITIVE people:

(2) E numbers are used in Europe in place of food additive names.

Some years ago, during a lecture, Dr. Russell L. Blaylock, M.D., author of Excitotoxins: The Taste that Kills (ISBN #0-929173-25-2), stated that people who are MSG-sensitive or who have family histories of neurodegenerative disease should take daily magnesium supplements. Most of the MSG sensitive people we know who follow his advice believe that magnesium supplementation has helped them, but none, including Dr. Blaylock, contend that magnesium will eliminate MSG-sensitivity. Furthermore, MSG-sensitive people with very little tolerance for MSG found that in order to avoid ingesting MSG with their magnesium, they had to find a magnesium supplement that is not in a gelatin capsule and does not contain an ingredient with the words “glutamate,” “aspartate,” or “citrate.”

At this time, pharmaceutical companies are spending large sums of money to develop drugs that may, in the future, help reduce MSG-sensitivity, but there is no effective drug remedy at present that we are aware of. It has been determined that residual effects from neurological injuries, including stroke and traumatic spinal cord damage, may be minimized if glutamic acid that is stored in the body is kept from flooding the areas of the injury, or if the flow of released glutamic acid is reversed through use of pharmaceuticals. (The release of glutamic acid from “pools” of glutamic acid in the body to the site of the injury is common and is known to kill neurons.) Although this research is not directed to the effects of ingested processed free glutamic acid (MSG), if effective pharmaceuticals are developed, it is likely that they will also help MSG-sensitive individuals eliminate or minimize their MSG-induced adverse reactions.

MSG is being sprayed right on fruits, nuts, seeds, grains, and vegetables as they grow — even those used in baby food

In the 1970s, reluctant food processors “voluntarily” took processed free glutamic acid (MSG) out of baby food. Today it’s back, in fertilizers called “Omega Protein Refined/Hydrolyzed Fish Emulsion” and “Steam Hydrolyzed Feather Meal,” both of which contain hydrolyzed proteins; and in a product called AuxiGro WP Plant Metabolic Primer (AuxiGro) produced by Emerald BioAgriculture (formerly Auxein Corporation), which contains both hydrolyzed protein(s) and “monosodium glutamate.” AuxiGro is being sprayed on some of the vegetables we and our children will eat, into the air we and our children must breath, and onto the ground from which it can move into drinking water. Head lettuce, leaf lettuce, tomatoes, potatoes, and peanuts were among the first crops targeted. On September 12, 2000, the Auxein Corporation Web site gave the following information:

Today, there is no crop that we know of that has not been approved for treatment with MSG by the U.S. Environmental Protection Agency (EPA).

Even in California — the only state where there are any restrictions on the use of AuxiGro — AuxiGro has been approved for use on a number of crops, and Emerald BioAgriculture continues to push for more. Field tests in California have been — and may continue to be — conducted on a variety of crops, and those AuxiGro treated crops may be sold in the open market without revealing that they have been treated. We can’t tell you which crops those are because the CDPR has refused to send records of test trials (which are public information) to the Truth in Labeling Campaign.

As of June 13, 2002, AuxiGro was registered for use in California on tomatoes, almonds, apricots, cherries, plums, nectarines, peaches, prunes, grapes (including grapes to be used in wine), and onions. At that time, the California Department of Pesticide Regulation said they were not aware of any testing of AuxiGro for use on other crops. They also said that they did not have any proposals presently in house to register additional crops for AuxiGro. It would appear, however, that what the CDPR said was not true, for the CDPR subsequently announced that Emerald BioAgriculture had applied for permission to use AuxiGro on tomatoes (new use), and on melons (new crop) — and, to the best of our knowledge, approval is always preceded by field testing.

On July 7, 2004, Emerald BioAgriculture requested approval of use of AuxiGro as a desiccant, disinfectant, fertilizer, fungicide, growth regulator – for increased yield and prevention of powdery mildew in various crops such as almonds, grapes, and melons. They also asked to add cole crops (including broccoli, brussels sprouts, cabbage, cauliflower, kale, collards, turnips, rutabaga, mustard, watercress, and kohlrabi) to the list of crops approved for AuxiGro use.

Approval for use on organic crops–in all states–has been requested.

What’s wrong with using glutamic acid, an amino acid found in protein, as a spray on crops?

– In protein, amino acids are found in balanced combinations. Use of free glutamic acid as a spray on crops throws the amino acid balance out of kilter.

– No one knows what the long term effects of spraying processed free glutamic acid on crops will be.

– That the processed free glutamic acid (MSG) will be absorbed into the body of the plant and into the fruit, nuts, seeds, or vegetable it produces seems undeniable. If it were not, the plant would not be stimulated to grow. Neither Emerald BioAgriculture or the EPA will address this issue.

– No one knows how little glutamic acid is needed to kill a single brain cell or to trigger an adverse reaction.

– Free glutamic acid is a neurotransmitter. It causes nerves to fire, carrying nerve impulses throughout the nervous system.

– Processed free glutamic acid crosses the placental barrier and causes learning disabilities in animal offspring of dams that ingest it.

The EPA’s approvals of use of MSG in agriculture are simple, straightforward, and in violation of the Federal Food, Drug, and Cosmetic Act

In reviewing the application of Auxein Corporation (now Emerald BioAgriculture) for use of processed free glutamic acid in a spray to be applied to crops as they grow, the EPA failed to conform to the requirements of the Federal Food, Drug and Cosmetic Act, which require, in part, that the EPA review any proposed action for validity, completeness, reliability, and relationship to human risk. The EPA also ignored Executive Order 13045 which requires government agencies to consider available information concerning the variability of the sensitivities of major identifiable subgroups of consumers, including infants and children. For example, Auxein Corporation sent the EPA 14 industry-sponsored toxicological studies from the literature, all done in the 1970’s, but failed to mention hundreds of studies in the literature that refuted those 14 studies. Auxein Corporation even failed to send the EPA independent studies that appeared in the same book(s) as the industry-sponsored studies sent to the EPA. For example, although processed free glutamic acid causes brain lesions and neuroendocrine disorders in infant animals, this special hazard faced by infants was ignored by Auxein Corporation. It would appear that Auxein Corporation restricted its consideration of “available information” to information made available by the glutamate industry; and the EPA, even after having been sent abstracts from other “available information,” has not challenged the Auxein Corporation applications. A more complete discussion of the shortcomings of the EPA approvals granted to Auxein Corporation has been submitted to the EPA.

Questions about the safety of spraying processed free glutamic acid on plants and into the environment have been raised by the Truth in Labeling Campaign and by individual consumers. The EPA has refused to address those concerns. The EPA, and, in particular, EPA spokesperson Dr. Janet Andersen, has failed to respond to allegations that in approving the spraying of processed free glutamic acid, the EPA failed to consider the reliability, validity, and completeness of the Auxein Corporation application or comply with Executive Order 13045 entitled Protection of Children from Environmental Health Risks and Safety Risks, except to say that the EPA had complied with executive order 13045. Moreover, while responding to letters that asked direct questions of the EPA, Andersen failed to respond to most, if not all, of the direct questions contained in those letters.

AuxiGro, the first MSG-laced plant “growth enhancer” to hit the market, has been approved for spraying on every crop we know of, with no restrictions on the amount of processed free glutamic acid (MSG) that may remain in and/or on crops when brought to market. Even before consumers had an inkling that crops were being sprayed, the Truth in Labeling Campaign received reports that MSG-sensitive consumers had gotten sick from head lettuce and potatoes.

Federal Register notices chronicling the application and approval of processed free glutamic acid are available on the Web via GPO Access, the Federal Register, through: http://www.gpoaccess.gov/fr/index.html. Application for approval of use of AuxiGro was made to the EPA in 1997. Testing of the product was also approved in that year, and many of the test crops sprayed with AuxiGro were brought to market without notifying consumers. Glutamic acid was granted an exemption from establishment of a tolerance limit in January, 1998. AuxiGro was also approved for use on a number of crops in January, 1998, and approved for use on other crops later. No announcement of these approvals was made in the Federal Register.

Due to a technical glitch in the system, the glutes came to need one more approval to make their California registrations work. The glutes were asking for AuxiGro to be approved for use as a fungicide in California, but the EPA had only approved AuxiGro for use as a pesticide produce or plant growth enhancer. And when application was made for this addition to their approvals, the application was brought to our attention; and the Truth in Labeling Campaign filed a formal protest to this approval of AuxiGro. The Formal Objection of the Truth in Labeling Campaign was filed on August 16, 2001 with the EPA.

By law, formal objections filed in a timely manner must be responded to within six months. Also, by law (we were told) even though the Final Rule had not been promulgated, this additional use of AuxiGro would be considered approved unless and until the EPA determined that it should be otherwise. In July, 2004, we received a conference call from Dr. Andersen and a number of other EPA players, including an EPA lawyer — a “courtesy call” telling us that our objections had been discounted and that the Final Rule allowing use of AuxiGro as a fungicide would be published shortly in the Federal Register. 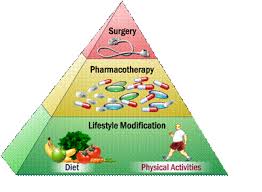 What is wrong with this picture?

God’s people have no business using Pharmacotherapy and allowing surgeons to remove part of their stomachs is also really not advisable.

Stop eating processed and nonorganic foods and come out of Babylon…do not eat of her delicacies!

Do not eat foods offered to idols…