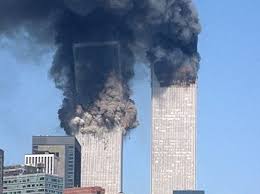 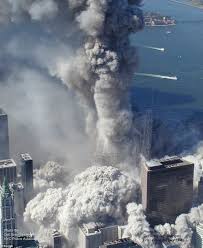 (Please give grace for the usage of the Name of Jesus and not Y’shua throughout the text here.  It is the place of my walk as I was coming out of Babylon and finding my way to the Ancient Path.)

I moved back to New York from Florida in August of 1999 due to the need to help my daughter through a difficult time.  I had graduated from ministry school in 1998 and in church while preparing to leave, my Pastor called me to the altar so they could pray over me.  He had asked that certain ministers and elders come up to lay hands on me and bless me for the trip.  I had thought that I was going to be moving there but the send off prayers told me different.

The Pastor began the prayer with, “Linda, I can’t believe you’re really leaving us.  It just doesn’t seem right somehow—

So, upon arriving in NY I had to find the church God wanted me to fellowship in, so I went to a few before I felt that I was indeed where I belonged.  I was only there a couple of months and I became the Outreach Pastor for a local assisted living facility, joined the worship team and found a Monday night prayer meeting which was designed to pray for Israel and the Jewish people.

It was led by a Rabbinical minister named Inna and I treasured all that she taught us. I was truly finding out that I had inherited nothing but lies from the beliefs of my “fathers”, and was finding and following the ancient path.

The prayer group was a wonderful variety of gifted and sold-out Christians and I felt very honored to be a part of such lovely people.  We went on prayer trips to do warfare by lifting Jesus higher and erecting altars to the Lord in the Spirit.  (we did not build physical altars in NY City)

There was one trip which was named The Dugit, which is Hebrew for, The Boat.  In the fall of 2000 we rented a boat to take us all around NY’s harbor.  We celebrated the Lord, worshipping and praising Him and sending up prayers and supplications for the tri-state area.  At the time there were more Jews in NY then there were anywhere else in the world.  I’m not sure if that is currently an accurate statement.

That was a very powerful day.  There were representatives from major intercessory groups from all over.  We had Cindy Jacobs’s Generals,  George Otis Jr’s Sentinel Group, and the Five-Fold ministry was in place and operating in power and might.

Our Dugit was not the only effort to labor for NY and the surrounding areas, many other groups, both local and from a distance were organized and sent by God to prepare the way…

In January of 2001 I was heading out on an icy, sleet ridden night to attend one of the prayer meetings when my car slid and spun right off the road.  Shaken, I called out to the Lord, “Okay God, that was bad.  We are told in the Word not to tempt the Lord. Do You want me to go to this meeting or not?  Maybe I am in the flesh.  If You want me there then You need to show me, otherwise I am turning back and going home to bed.”

Immediately, I was in an open vision where my windshield disappeared and there unfolding before me was a virtual war scene.  The tallest buildings in NY were being bombed and falling in on the people.  They didn’t topple, they crumbled —I saw the debris, the frantic crowds, some jumping from the buildings, and others running to escape the cascading pieces of the buildings as they were being razed…And this was not the first time I had seen this event happen.

Fifteen years prior, I had a recurring nightmare that haunted me for a full year.  I was sleep deprived since I dreaded to fall asleep and relive the horror of the nightmare, always the same.  And just then I was seeing it in an open vision.

I screamed, “Lord! Are You showing me this because it is going to happen?”

“Yes, it is.” He answered matter-of-factly.

I began to sob forcefully and almost uncontrollably all the way to the meeting.

“Yes. It was horrible and lasted for an entire year.”

“Linda, when my wife comes in from the bedroom, Eileen is on the phone with her mother in Ireland,  please let me get her to sit down before you tell her what happened.  You’ll understand why soon enough.

His wife Eileen entered the room and immediately asked, “What’s wrong with Linda?  Linda, what happened?”

Richie instructed her to sit down before anything else was said and she did.  He then asked her, Eileen, do you remember the recurring nightmare you had about 15 years ago?  Tell us about it.”

She looked at some of the faces around the room questioningly but answered, “Well, yeah, sure I remember, it was horrible!  I thought I was losing my mind because I dreamed it constantly.  The tallest buildings in NY were being bombed and falling in on the people.  I saw details so clearly.  I’ll never forget it. –Why?  What’s going on?  Why is Linda crying?”

After explaining everything again one of the people in the group spoke, “You two carry the seeds of intercession for what it going to happen in our Country, and this is an intercessory prayer meeting in which we have the opportunity to stand in agreement with you.  By the Spirit of God we shall pray!”

A very nice and well-meaning person began the prayer, “Oh God we pray that You would not allow this to happen in our Country.  We ask—“

Immediately the same prophetic person that spoke a moment earlier interrupted and brought forth a correction, “No!  God said this was going to happen!  We are to pray for His hand to be full of mercy!”

So the prayers began: We—

–asked for poor timing in their plans

–asked for public transportation to be delayed and running late

–declared that people would oversleep, alarms would not ring, buses, trains and rides would be missed

–asked for forgiveness for the sins of the people of America, (naming many)

–asked for heroes to arise

–people to be rescued

–asked for the wisdom, mercy and grace of God to be released

These are only a few of the prayers that were prayed that night…and on other nights to follow.

The day of Nine Eleven 2001 was a Tuesday and some of us in the group were attending a teaching conference in a nearby church and the speaker was Maurice Sklar.  That evening after work we went to hear what the prophet of God had to say. We arrived late and tried to slip in unnoticed but he said, “I have to recap what I just told you folks, because some just came late and the Lord said that they have a right to hear it.

He began to tell us that while he was watching on TV the events of the day unfold, he felt such sadness that he cried out to the Lord.  The Lord appeared to him in an open vision!

The Lord said that His hand was indeed full of mercy concerning what happened.  He showed Maurice to read Ezekiel 26, 27 and 28 whereby he was to understand many things, but here is the gist of it…

The Prince of Tyre is a principality.  It is the same one that is spoken of in Ezk. 26 who had amassed such a powerful kingdom that he was about to hand it over to his ‘father’ the King of Tyre.  Had the King of Tyre taken the throne over the United States at this time, we would be thrust into the time of Tribulation before the Lord’s designated time.

(This is a long teaching and an important one but that will have to be for another book, I will just give the details that are pertinent to the understanding of the event of Nine Eleven, 2001.)

The first thing to understand is; How does a principality gain power and increase the size of his kingdom?  Before that can be effectively answered I must explain that only people with the Holy Spirit have true power so whatever they make important is lifted up.

(Here, some may argue that Satan worshippers have power but they lose the argument immediately since they themselves are only puppets of Satan and so are Satan’s minions.

Oh yeah, and Satan has to answer to God so he knows his power is only deception of man.)

So, a principality over trade, wealth, materialism, or to say it plain, the love of money, such as the Prince of Tyre would expand his kingdom by Christians who operate in this spirit.

Now maybe it is clear to you why America is in some trouble regarding this spirit.  We have been led astray by many of the Christian leaders of the Church in America.  While in many other countries of the world to be a Christian is to bring certain destruction and persecution to their lives and their families, we here in America are pursuing riches.

I thank God for Maurice Sklar and the awesome call of God on his life, may he come out of deception of the “church” and stay on the Ancient Path.