Some lessons every Christian or Kingdom Citizen should hear…after you read this one pull the menu tab down and check out the others!

One thing that should be clear to us as Believers is that:  ALL THINGS IN HISTORY BEFORE THE MESSIAH WERE HEATHEN. (except for the Hebrew Tanakh also known as the Old Testament.)

So, now that you are a Believer, it is important to RENOUNCE all things that you co-operated with that were NOT Spiritually Life-Giving. (Spiritually Life-Giving is the opposite of all things of the sin nature that you did and didn’t do which were not of God, YaHoVaH.) Before you had your spirit man quickened or made alive by the power of the Holy Spirit you were led by the enemy of all mankind’s souls…Satan.

The following is a list of the works of occult spirits that open the door to counterfeit spirits, which then enables them to operate through a person, in a person and against a person. Many of the things you will read below are things that originated as practices prior to the works of Messiah…that is why they are Pagan and which by nature are forms of devotion or protection rituals offered to other gods. They are Before Christ or B.C. 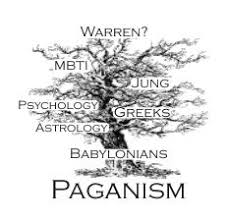 Here is a brief overview of history at the Tower of Babel and why there are so many different names for all the various names of gods.  Nimrod was a mighty man and a dictator who was in rebellion to the Creator God, YHVH, (YaHoVaH).  He was promoting sun god worship and all the various deities that accompany the worship of the sun. Since all the people of the world were speaking one language they were able to accomplish great things, and all things were named one term-uniformity of language.

When YaHoVaH scrambled the languages, the people went their way and the gods they knew stayed the same but now they knew them by different names.  However, the practices, rituals, requirements and worship ceremonies consisted of similar elements with few variations.  Please do not get offended if you have a real gold charm for your necklace or bracelet and the Lord asks you to get rid of it.  You should not try to sell it or give it away, it is best to destroy the shape and throw it out.

This is difficult for some to carry out as they may have an “Italian hand”  or  ”Italian horn” or a Celtic symbol they have been raised to love and appreciate.  But as I say, prior to the works of the Savior all things were pagan unless they were Hebrew. (oh, and By the way, there is a mystical side to the Jews. I believe they are the ones which the LORD says that they call themselves Jews, but are not…in the Book of Revelation. Anything from them is also demonic and listed below of Kabbal)

I have tried to compile as complete a list as possible from my own understanding of the Word of God and also from many deliverance ministry websites that I have come across in my research.

All methods of calling on protection from something/someone other than YaHoVaH, Y’shua, and Ruach HaKodesh such as:  amulets, crystals, good luck charms, gold charms, statues of saints or angels or animals or people, ouija boards, hex signs, dream catchers, horseshoes hung up, rituals with eggs, rituals/incantations with oil and water, tattoos, invoking or calling upon other gods, horoscopes, all forms of witchcraft, Kabbalah, the Hand of Kabbalah, Zohar book and all of its teachings/symbols.

Please take your time and go through this list and look at each and every entry. ASK the HOLY SPIRIT to lead you as you renounce your participation with or intimacy with any of them. I suggest that you fast for as long as the LORD leads you prior to doing this. 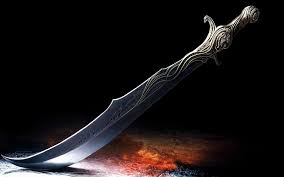