In Acts we see that the Lord sent Anais to a street called Straight…we too can be sent of YaHoVaH to do His bidding.  I have an audio of a specific assignment and it is on the level of amazing.  I hope you are prepared to be a bit astonished at what it reveals. We must understand this:  The Father gives many, many warnings throughout the Word and He desires that none should perish but that all would have eternal life.  We also know that most-yes, most will not heed the many warnings and will fall away. The great falling away is happening as we breathe air right now…. Please listen to these recordings that are under 10 minutes long, as I explain what happened to me:  (I edited out the names which may have cause some choppiness) 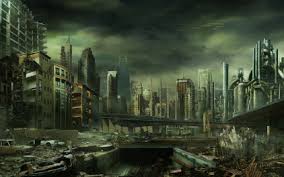 I got an email a couple of years ago from an international minister who told me that he found the apostles or prophets that went down the length of the country and spoke to the ruling spirits in high places as I did…he found the person who was assigned to 2009, 2010 and 2012. He has not found 2011 yet. In his email he put his phone number and we talked for awhile on many subjects of end-times. . . God is so merciful to connect people! I have several other amazing testimonies regarding the meeting of key people all over the country.

We will be in need of refuge communities in the coming days!