He Threw A Rock

He Threw a Rock

One Sunday evening before the service began at church, a friend told me that his car had broken down and he had just moved. He now rented a room in an elderly gentleman’s house. So it was only the first day in the new place and he didn’t want to appear needy so he hesitated to ask the man for a ride home from church.  I told him I would be glad to give him a ride home.

We both lived far from church now that he moved in with the man. It was a thirty-minute ride or so. I pulled into the driveway and we said our good-byes.  I asked if he would need a ride for Wednesday evening’s service.  He took my number in case his car was still out of working order.

I always wait until the person is inside the home before leaving, in case they are locked out or something.  Once he was in, I began to pull out.  This old man came running out of the house and tried to flag me down.  I immediately thought that my friend left something in the car and looked on the seat.

I rolled down the window and he breathlessly said that he had just been praying and the Lord spoke to him!  I said, “Oh wonderful!”

He continued, “God told me there was a woman in the driveway and if I prayed with her, He would heal me!”

“Really? ! !” I was amazed at the Lord.  So I pulled back into the drive and went inside.

The man told me to sit down at his kitchen table and I took a seat facing him.  I extended my hands across the table and we held hands.  We introduced ourselves to one another and I then asked him what it was that I was going to agree to The Father about with him.

He said that he had been through colonoscopies, CT-scans, and the gamut, and they have him scheduled for surgery the next morning at 7:30am. Diagnosed with colon cancer, they were to remove several feet of his colon, sew up his rectum and put a bag on the outside of his body.

I winced.  That was horrible to hear for anyone.  I immediately had compassion for this man who seemed to be a kind and loving individual.

I stated firmly, “Of course I will agree with you to The Father for this!”

So we bowed our heads and began to pray in the Spirit.  Suddenly I saw this man, when he was much younger, throwing a rock at a protest march. It was only a quick picture in my mind, but was unmistakable in its clarity.

Crying, I said softly, “You have prejudice in your heart!”

He replied with a matter of fact, “I’ve been walking with the Lord for over 50 years!”

I implored,  “Look, I don’t know you, but the Holy Spirit does. He just showed me you at a rally against a protest march.  You threw a rock at a black man who wanted the right to vote.  Now, maybe your heart has changed toward blacks since you have the Holy Spirit for so many years, but you never repented.  You only buried those feelings, knowing them to be wrong.  It is like burying toxic waste; it comes up caustic, eating everything in its path.  You have fouled your waters.”

He began to cry.  He answered, “It’s true!  God put many people of color in my life since I began to serve Him.  I guess He wanted to see how I would treat them.  I treated them good!  I really have changed!”

I assured him that I not only believed him but said that is the reason the Lord wanted to heal him! His face brightened at that, because he was feeling very convicted by my vision which caused him to remember the incident.  He asked me what he had to do.

I said, “Listen, I am going to continue to pray in the Spirit, and you make your peace with the Lord. Repent of prejudice and ask Him to change your physical body to align itself with your true heart towards people of color.  He wants to heal you, remember that!”

We bowed our heads again, and within a few moments there was a whipping whirl of a small wind, which blew my bangs up off of my forehead!  With it came a rancid smell and a sound and as I looked, I thought I saw the back of it as it left out of the room!

He jumped up! “Something left me!  Did you hear that?  And that smell!  My God! He healed me!”

He hugged me and we both had tears of joy in our eyes as I agreed, “You don’t have colon cancer anymore in the name of Jesus Christ, son of the Living God.”

This means I don’t have to go to the hospital tomorrow!  Forget the surgery!”

I felt uncomfortable about that even though I too knew he was healed and didn’t have colon cancer anymore.  I said, “Listen, you go to that surgery tomorrow and tell them about this prayer and healing.  They will open you up and find nothing and that will bring Glory to God!  You will be in church on Sunday giving your testimony!”

That is exactly what happened. 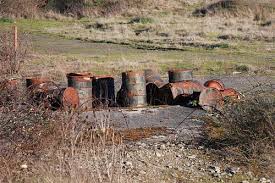 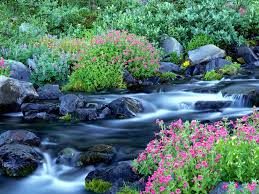