The Feast of First Fruits—HaBikkurim 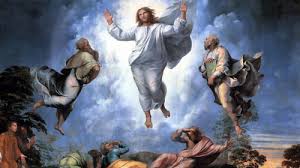 The Feast of First Fruits—HaBikkurim

This feast is also intertwined with Pesach and Hag Ha Matzah. Leviticus 23:10-12.  10Speak unto the children of Israel, and say unto them, When ye be come into the land which I give unto you, and shall reap the harvest thereof, then ye shall bring a sheaf of the firstfruits of your harvest unto the priest: 11And he shall wave the sheaf before YaHoVaH (the LORD), to be accepted for you: on the morrow after the sabbath the priest shall wave it. 12And ye shall offer that day when ye wave the sheaf an he lamb without blemish of the first year for a burnt offering unto YaHoVaH, the (LORD).

In the year that the Messiah gave Himself as the Lamb of YaH, the Day of Preparation fell on a Wednesday. He was in the Earth for 3 days and 3 nights and rose from the dead on Saturday (Shabbat) and ascended to His Father in Heaven early on Sunday morning.

1st spring harvest is of barley, or the 1st fruit of the year.  This is the Feast that shows that the salvation plan of YaH was more than adequate to bring those who appropriated the Appointed Times of YaH into the realization of Y’shua the Messiah as the Son of YaHoVaH. The Lord of the Shabbat is the First Fruit of many and this is clearly fulfilled to the day and the hour!

The Plan of Salvation also included those from Creation to Crucifixion. The Gates of Heaven were closed due to the sin in the Garden of Eden. When anyone died they went to the place of waiting or resting. When Y’shua died He made the WAY to Heaven open up! It’s why He is called the Way Maker!
Let me go over some of this with you…

Y’shua is the First Fruit of the Resurrection so it is befitting that He resurrected to His Father in Heaven on the Day of First Fruits. (Remember this was ceremoniously performed on the first day after the Shabbat of Pesach, and the year that Messiah fulfilled it, three days and three nights passed!)

Every Feast day is considered to be a special Sabbath according to scripture and it doesn’t matter which day of the week it occurs.  There are specific parameters regarding each Appointed Time, though. In this way we can understand the regulations regarding the handling of the Body of Messiah at His crucifixion and subsequent burial.

His Body had to be removed from the stake, cared for and put in a place of rest all before sundown on the day of special Sabbath. (Passover, which is celebrated by eating the family’s lamb and the Seder of Passover at sundown)

However, the Lord of the Sabbath was raised on the Sabbath, but went to His Father to fulfill the Feast of First Fruits to the day and the hour -on HaBikkurim !

ICorinthians 15:20-23   20 But now is Christ risen from the dead, and become the firstfruits of them that slept. 21 For since by man came death, by man came also the resurrection of the dead. 22 For as in Adam all die, even so in Christ shall all be made alive. 23 But every man in his own order: Christ the firstfruits; afterward they that are Messiah’s at his coming.

Colossians 1:15   15 Who is the image of the invisible God, the firstborn of every creature:

Revelation 1:5   5 And from Jesus Christ, who is the faithful witness, and the first begotten of the dead, and the prince of the kings of the earth. Unto him that loved us, and washed us from our sins in his own blood,

Matthew 27:51 And, behold, the veil of the temple was rent in twain from the top to the bottom; and the earth did quake, and the rocks rent; 52: And the graves were opened; and many bodies of the saints which slept arose, 53: And came out of the graves after his resurrection, and went into the holy city, and appeared unto many.  54: Now when the centurion, and they that were with him, watching Jesus, saw the earthquake, and those things that were done, they feared greatly, saying, “Truly this was the Son of God.”

We read how that the people witnessed Prophets of the Old Testament walking around Jerusalem on the third day! (see the words, after his resurrection? Yes! That’s it!)

HE WAS RESURRECTED BUT HAD NOT ASCENDED TO THE FATHER YET. HE WENT INTO THE PLACE WHERE THEY SLEPT AND PREACHED…THEY RECOGNIZED HIM. HE LED CAPTIVITY CAPTIVE AND BROUGHT THEM WHEN HE ASCENDED–OFFERING THEM AS THE FIRST FRUIT OFFERING IN HEAVEN.

These are the First Fruits or the Redeemed from the Earth that we read about in the Book of Revelation and which were shaken when the Father caused the earth to quake when His Son gave up the Ghost.

After the Messiah went to the place where the dead waited, (a.k.a. the Bosom of Abraham), He preached to them and the ones who received Him became the Redeemed of the Earth.  (144,000 as explained in the following verses.)

In Revelation 14:3 And they sung as it were a new song before the throne, and before the four beasts, and the elders: and no man could learn that song but the hundred and forty four thousand, which were redeemed from the earth.

AND continuing on IN THE NEXT VERSE:

The Priest waves and violently shakes the sheaf of the first fruit.  In Matthew 28:2 we see the parallel;    2And, behold, there was a great earthquake: for the angel of the Lord descended from heaven, and came and rolled back the stone from the door, and sat upon it.

At exactly the precise time, then He rose to His Father, placed His Blood on the Mercy Seat AND The First Fruits joined Him!
I want to share with you the Hebrew Rehearsals that were done for hundreds of years, generation after generation—UNTIL our savior, Y’shua HaMaschiach fulfilled them all and so they are not still rehearsed. These rehearsals were Holy Rituals carried out meticulously and with great reverence. To understand the rehearsals helps us to get the full picture of this completed Feast.

Later on in the evening after the Passover Seder, (which is eaten at sundown after the lambs are slain) certain Priests would go out to the Kidron Valley where the barley was planted for the ceremonial offerings.
The barley would also help them know which month to start the new harvest year, called Abib.
There would be a great procession and each would take with them a ceremonial cord for binding the sheaves of barley that they intended to make the First Fruit Offering with.

They would process over the temporary bridge they made for this access to the barley field and they would spread out in the barley field. The lead priest would say something like, “Are you here to bind the First Fruits?”

The twelve would answer, “Yea, to bind the First Fruits!”

“Do you have your binding cords?”

The twelve would hold up their respective cords and say, “Yea, we have the cords!”

Then the lead priest would announce:  “Bind them!”

Each priest would gather a sheaf of barley and tie the cord around it, but not cut it.

Then they would be asked by the leader:  “Have you bound the first fruit barley?”

They replied, “Yea, we have bound them!”

Then they would file into the same order and process back over to the Temple, say some prayers and then were released to return to their homes.

Late in the evening after three days and on the third night, they would go to the barley field in another procession and would make a big presentation of harvesting the barley sheaves which were bound.

Leader would ask, “Are you prepared to harvest the first fruits of the barley?”

“Do you have your sickle?”  “Yea, we have the sickle!” they replied as they raised them up over their heads.

Each priest would use the sickle to cut the bundled barley sheaf. After the ceremony they would process back to the Temple and certain priests would have the duty to prepare the cakes for offering the HaBikkurim or First Fruit Offering which was ceremoniously carried out on the next morning—early in the morning!

The 7th day of the Feast of Unleavened Bread was the Crossing of the Red Sea.

At that time an omer of manna was harbored inside the Ark of the Covenant as God commanded Moses to be a remembrance for the generations.  Exodus 16:33-36  33And Moses said unto Aaron, Take a pot, and put an omer full of manna therein, and lay it up before the LORD, to be kept for your generations. 34As the LORD commanded Moses, so Aaron laid it up before the Testimony, to be kept. 35And the children of Israel did eat manna forty years, until they came to a land inhabited; they did eat manna, until they came unto the borders of the land of Canaan. 36Now an omer is the tenth part of an ephah.

Feast of Unleavened Bread (Hag Ha Matzah)   is another of the spring feasts and intertwines with Pesach.  On Nissan 14 the Passover Lamb is to be slaughtered but beginning 4 days prior to that day the lambs are to be inspected to determine the perfect one to be selected for the sacrifice. It had to be without spot or blemish, a male of the 1st year.  Exodus 12:3-5

The Feast is a Memorial Forever (a remembrance)

I Corinthians 11:24-26   24And when he had given thanks, he brake it, and said, Take, eat: this is my body, which is broken for you: this do in remembrance of me. 25After the same manner also he took the cup, when he had supped, saying, This cup is the new testament in my blood: this do ye, as oft as ye drink it, in remembrance of me. 26For as often as ye eat this bread, and drink this cup, ye do show the Lord’s death till he come.

The Communion table is the celebration of the fulfilled Feast of Pesach, which in turn fulfilled the MelchiZadek Priesthood in Y’shua! He was the physical fulfillment of the Righteous King!

When Y’shua blessed and revered YHVH and broke bread with the two disciples that we know of as the fools on the road to Emmaus, we know that they recognized Him and He disappeared in their sight! They recognized Him because He did this with them every Shabbat night!  He said the Kiddush Prayers every Shabbat! (AFTER THE ORDER OF MELCHIZEDEK…Selah)

He was telling His talmidim that He is the Messiah, the Passover Lamb, the MelchiZedek ….THE RIGHTEOUS KING AND THE ONLY WORTHY ONE !!!  (Abraham saw His day and rejoiced, giving a tenth of all…)

The ONE sacrifice able to satisfy the perfection required for the wrath of God to be abated…the renewing of intimacy with God.
Important to note: In the times of the “Holy Roman Empire”, they made it illegal to celebrate any of the Feasts of the Lord or to worship together on Shabbat, (Saturday, the 7th Day). They changed the Kiddush Prayers of Shabbat into the Communion of their Sunday mass.